A History of ThisisReno.com

ThisisReno was born out of a relatively simple idea. The year was 2009 and newsrooms nationally and locally were in big trouble. Layoffs surpassed, it is estimated, more than 300 just in our market, between 2008 and 2011.

A result: “news” wasn’t becoming News. In fact, the amount of news flowing to newsrooms in large part was ignored because of staff shortages. Myself and Ryan Jerz, then working for Nevada’s Commission on Tourism, were seeing this first hand. We had been rapidly capitalizing on social media, relying less on newsrooms and instead on Facebook, Twitter and Youtube to get out our message.

But those efforts didn’t serve, necessarily, the broader community, at the time. Many of the late adopters and laggards to social, who were skeptical of these new online trends, still relied on traditional channels for information consumption, distributing their press releases in a scatter-shot manner to area newsrooms to only land in the inboxes overworked staff worried about the next round of layoffs. 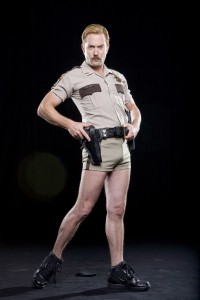 ThisisReno grew from the idea that those news releases should see the light of day. I crafted a survey in early August 2009 to establish some kind of validity of a news-release-based website. The survey’s motivation was a bit of a ruse — of course I knew the area’s newsmakers would want such a site. What I really wanted were early adopters to ThisisReno, their contact information and a not-so-subtle announcement that we’d soon be open for business.

Our first month garnered more than 5,000 page views thanks to an exclusive interview with Thomas “Lt. Dangle” Lennon about the show’s dissolution by Comedy Central’s Reno-911.

The rest is basically history. Today we are in fact a business with record site traffic that saw a major jump upward in January and continues today. Importantly, our social reach tops more than 100,000 some weeks.

Early years were marked by volunteer efforts while today a crew of freelancers populate the site with original content. Gone is a focus on news releases; instead, about a third of the news has been migrated to our ever popular Events Calendar, which in turn gets populated in our Reno Events app, and some featured events get cross promoted on Facebook, Twitter and weekly events round-ups.

A lot has changed. The volume of news received has forced a more hyper focused approach to local news and events, and the adoption of a freemium model of news promotion. The reason for our social stats is that many have seen value of the site’s sponsored posts, or native advertising.

We’re still committed, arguably more than ever, on locally sourced news but audience feedback and statistics demonstrate that news places a backseat to PR interests. Ideally, those could be one and the same but on most days, Reno news consumers have told us they want Reno news, sometimes original content, sometimes not. We’re striving for both.