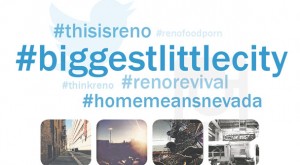 From the RGJ Reno Rebirth blog:

“We saw the downsizing of newsrooms in the Northern Nevada market, and we were seeing a lot of news distributed and not a lot published or aired, so the idea was to give a voice to individuals, businesses, government agencies and politicians that weren’t being heard in addition to a lot of their other media efforts,” Conrad said.

Although unintended, the result is that a lot of thisisreno’s content is positive.

He said a hashtag is an easy way to identify a particular topic on a social network, so rather than following individuals, you can follow a topic or a subject based on that hashtag.

Conrad sees #thisisreno being used on Instagram quite a bit. READ THE REST HERE.